As part of its re-emergence as one of the best cities in the world to live and do business, Milwaukee was recently ranked by Forbes Magazine as one of the top 10 places for Young Professionals beating out the following cities this year: 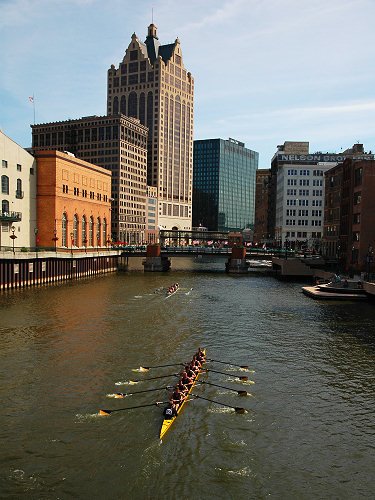 Find Milwaukee in the slideshow here:

Here is what they had to say about Milwaukee in their article:

“Milwaukee might not be a leading innovator, but it has the fifth-highest concentration of top companies in the country, by our count. And those jobs pay. Despite a below-average cost of living, salaries paid to professionals are comfortably above the national average, at $54,169. Sweetening the deal further, the city is in the top quartile for its population of never-married citizens between 20 and 35.” ( View entire story at http://www.forbes.com/home/2008/07/09/cities-professionals-young-forbeslife-cx_mw_0709youngprofessionals.html )

Just another magazine that has begun to enjoy Milwaukee!