He offers us advice on one way to help avoid this tragedy in the future:

“Here’s something you can do right now, right where you are, and you don’t even need a book to show you how: when that next person walks into your office, calls you on the phone, or sends you an email, stop to seriously ponder the question, “Why am I glad this person is on the planet?”

When you have the answer to that question, take it from your mind, put it into words, and give those words to that person.” 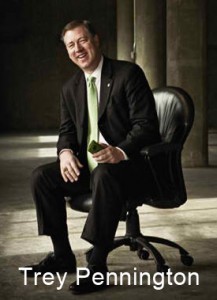 Trey, a fellow 8pm Warrior, killed himself this morning at a church in Greenville, SC. He was an amazing speaker, thinker, writer, and warrior.  He had a beautiful mind. Trey also suffered from depression.

This tragedy reminds me of a quote:

“Be kind.  Everyone you meet is fighting a hard battle.”

When I wrote the “Fighting a Hard Battle?  You’re Not Alone!” post in June, I was not surprised by how many of my fellow warriors felt the same way.  Pain is all around us.

If you need someone to talk to, let’s talk.  You’re worth it.

No warrior left behind.

Have a kind night,

+1 Reason Why Leaders Need to Join Google+ Now
The Very Rich, Very Poor, and Very Famous Get the Worst Care?
The New Linkedin

47 comments on “Trey Pennington Was Not Alone”