While celebrating Independence Day this afternoon, I got to thinking…

Why do so few people talk about the next step after independence?  When do we get to celebrate interdependence?

As much as I love independence, there’s so much more.  Before I continue, let me define three stages of dependence as I see them:

Every major success I’ve had in my life is because of otherwise independent people who chose to give up some independence in order to make something great…together.  That’s interdependence. 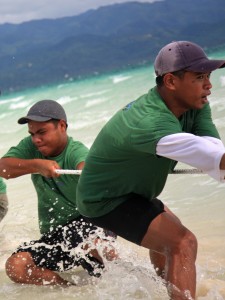 When I was younger, I focused on independence and sought it at every turn. I went to college five hours away. I started my first business when I was 24 so I could work for myself.

I was obsessed with independence!  In my immaturity I thought it was the goal, not just a step.

Those days are gone now.

Together we can always achieve more and that’s something to celebrate.  Major achievements require synergy.  Greater success requires interdependence.

Let me know if you agree.

Have an interdependent night,