Down in the dumps. Fired by the board. Doubting. Aching. Wondering.

One of my inspirations was the story of a college dropout who started a company in his garage that grew so big it became the most valuable company on Earth. Along the way, he was fired from his own company, started two more, and eventually was asked to come back to his old company and save the day.

He was a warrior among warriors. He never stopped fighting.

Today he lost his battle with Pancreatic Cancer, a disease that claims 95% of its victims within five years. He fought for seven.

Along the way he accomplished amazing things.

When he was diagnosed with Pancreatic Cancer in 2004 he was successfully running both Apple and Pixar. Barron’s declared that Steve Jobs was “without a doubt” the most valuable CEO in the world. Fortune magazine named him the Smartest CEO on Earth.

You know the story…iPods, iPhones, iPads, and Macs. It was modern magic.

In some of my darkest moments in business, his story has reminded me of what is possible when you don’t give up doing the work you love.  His story reminds us to press on.

Here are some of the highlights:

Thanks for the inspiration Steve. While any human life has it’s faults, few are as inspiring as yours.

The 8pm Warrior sky is a little darker tonight. 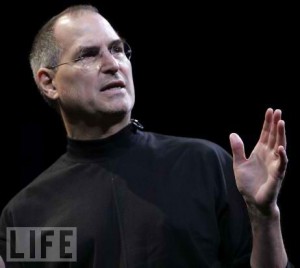