Some of my favorite people just don’t know how to retire. Complete retirement is not in their DNA, not in their vocabulary.  They enjoy the war too much.

Andy Rooney worked up until 3 weeks before he died on Friday at the age of 92. He really loved the war. 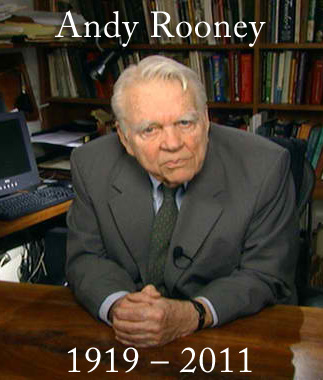 Even though I’ve never met Andy Rooney, I admire his work ethic and passion.  Just imagine getting up for work after 92 years!  That’s almost 34,000 days.

He had many great experiences in his life:

For the record, I’m not against retiring.  I just hope I love what I’m doing so much that I can’t bear to stop.