“Social Media has no ROI” statements are self-fulfilling prophecies shouted from the rooftops by nervous leaders too afraid to open their eyes and see the new world we live in. 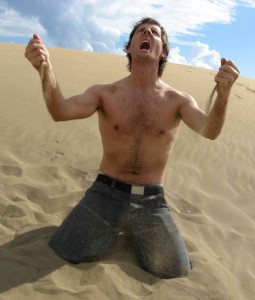 Their prophecies will come true for them. I promise.

Social media is a game changer because it fundamentally changes the way humans interact with each other.

If your business deals with humans, social media doesn’t need a return on investment (ROI) to be justified anymore than phones need to be justified in a call center. It’s like asking for projections on the ROI of speaking. Just like voices and phones, social media is the way hundreds of millions of people are communicating with each other every day.

Help them open their eyes.  The world is changing!

Why They Call Us Warriors
Ode to Joy
Everyone Thanks Differently

7 comments on “Social Media is a Waste of Money…”