This post takes a deep look at Klout.com, which aims to be a credit score type metric of online influence.  If you haven’t heard of a Klout score before (or hate Klout), first read my post about why Klout scores matter.  I do believe the topic will affect all 8pm Warriors to some degree.  It’s hard to lead without influence.

We are giving Klout a lot of power.  A lot of time.  A lot of credibility. 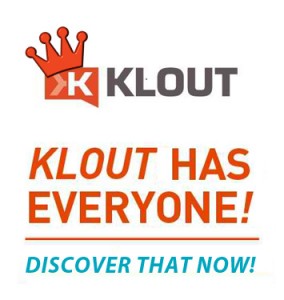 Klout scores matter because we believe they matter, and the momentum is only growing stronger. They have something very powerful.

Now I’m getting nervous about it.

It all started when I noticed that my topics and endorsements (+K votes) on Klout.com disappeared last night.

I was not alone.

Glitches happen in online businesses and they usually get fixed.  Since I make mistakes too, I tried to move on.

However, this morning I had a brief conversation with Megan Berry (Marketing guru from Klout) on Twitter.  She told me it was normal that several of my topics and +K endorsements had disappeared and that I could always “get more”.

I wasn’t buying it.

I got irritated and ran my mouth a bit (sorry Megan).  Why tell us this is normal when it was clearly screwed up?  A lot of my friends had no topics or any of the +K endorsements I gave them recently.

When I give someone an endorsement on a topic, I expect it to be there.  Otherwise I am wasting time.

Believe it or not, but people are taking time out of their day to show appreciation, support, and respect to others that influence them and they’re using Klout to do it.  Instead of sending an email, letter, or phone call of appreciation, some are actually using the +K feature to send a quick note of thanks.  I do that myself sometimes.

With the disappearing topics and +K endorsements last night, I think many people felt cheated and angry that their interactions were erased without warning.  I know that’s how I felt.
Here’s what I said. 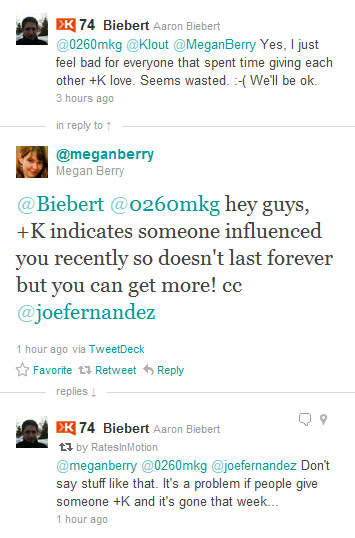 Since I wrote a complimentary section about Megan Berry and Klout in my last post, I was embarrassed that this was taking place right before my eyes.  It seemed like a cover up and others were calling/texting/tweeting with me about it because they were irritated too.

Megan sent me this email explaining what happened (Disclosure:  I let her know I would be using her response in my post):

You’re right, this was something different today. We were experimenting with new ways to display +K’s.  All of the +K’s are backed up and we will be restoring them soon. Sorry for the confusion, we definitely appreciate your support. Let me know if you have any other q’s I can answer.

Apparently not.  Later in the day, I noticed that my Klout scores took a rather unprecedented dive after my negative tweets in the morning. 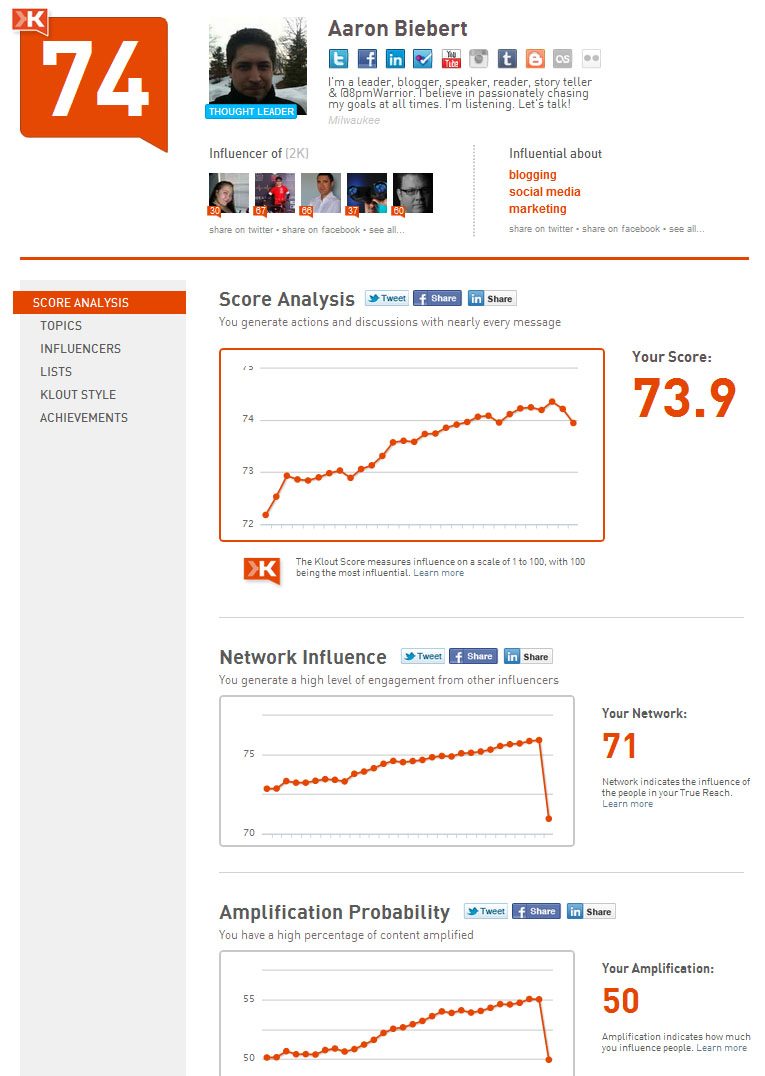 I’m not going to say that my Klout scores took a hit because I was saying something negative about Klout.com.  That would be crazy.

But what if it was true?

What’s anyone going to do about it?  Absolutely nothing.

This matters if you are focused on social media or online marketing for a career. Klout scores matter when selling yourself as a consultant.  A reduced Klout score may pose a problem, just like a reduced FICO credit score poses a problem for anyone looking to get the best rates on a new mortgage.

One of my friends (Albert Qian) who does social media consulting  is labeled a “Dabbler” by Klout, even though he has 15,000 tweets.  That’s quite the dabbler!

Who has helped Albert with this?

Who can keep them from abusing their newly acquired power to punish people who tweet or write blogs criticizing Klout?

This is why I’m nervous.

This is powerful stuff and growing by the day!  In 10 or 15 years, many some positions (sales, marketing, leadership, etc.) will be hired in some way based on scores like the ones found on Klout.com.  Sure, it might be PeerIndex, Tweetgrader, or even Empire Avenue instead, but it will be something.

Some are already screening candidates this way because the next step in the evolution of the web is taking the data from billions of tweets, posts, and updates to aggregate and evaluate them to improve the ways businesses and savvy leaders make decisions.

Klout should self regulate themselves, work to correct errors like incorrectly calling someone a Dabbler, and avoid making manual adjustments to someone’s score.

If that doesn’t work, then regulations may need to be put in place as more people use Klout scores to make decisions.  It’s no different than credit scores, except controlling someone’s reputation is probably more significant.

Maybe we need to start using an average of scores, similar to how banks use three credit bureaus.  Maybe we need three influence bureaus?

I don’t have all the answers but I sure would love your thoughts on this matter.

Congrats.  You made it to the end.