I was super busy all week with two productions and just got to this.

Now that the dust has settled and the real facts are available, I wanted to quickly weigh in on the giant “Applebees Unjustly Fires Poor Waitress” fiasco.

I’d like to get your thoughts on it too. 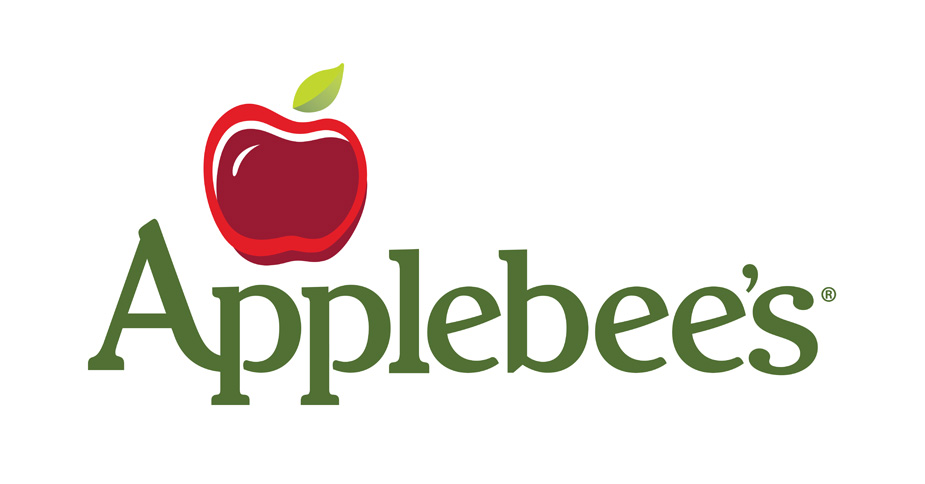 Here are the facts before I get started:

2) Chelsea Welch, a different waitress (not the one who served the customer), took a picture of that credit card signature receipt with her phone and posted it on Reddit.com along with the caption:

“My mistake sir, I’m sure Jesus will pay for my rent and groceries.“

3) Customer found out about it and complained

4) Chelsea admitted to doing it and Applebee’s fired her

5) Hell broke loose on the internet.

The media ran to the server’s rescue.  Competitor’s ears perked up, fan pages popped up, and 20,000+ fans commented on Applebee’s first Facebook post about the situation:

“We wish this situation hadn’t happened. Our Guests’ personal information—including their meal check—is private, and neither Applebee’s nor its franchisees have a right to share this information publicly. We value our Guests’ trust above all else. Our franchisee has apologized to the Guest and has taken disciplinary action with the Team Member for violating their Guest’s right to privacy.”

People called them names and accused Applebee’s of hypocrisy for breaching their own privacy policy by sharing a customer’s “receipt”  earlier in the year. 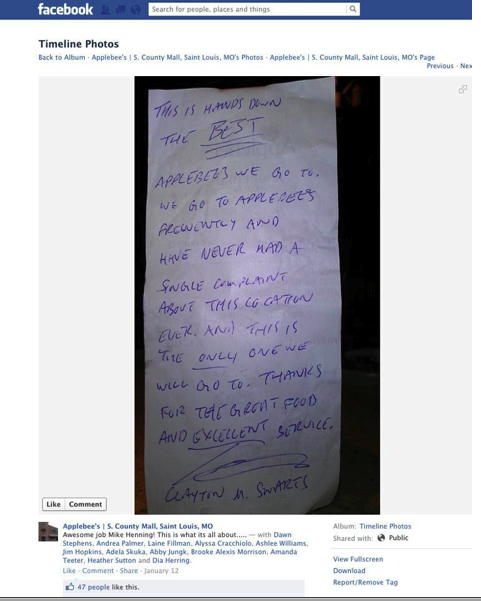 You know what this is?

What we’ve got here is a company protecting their customer’s privacy (I don’t want my signature online) and being dragged through the mud by idiots looking to lynch Applebee’s.

However, it would take another true idiot to think it’s okay to post a customer’s signature (customer is the key word) online while mocking them, even if what they were mocking was indeed stupid.

But this isn’t just about Applebee’s.  It’s about you and me.

I had something like this happen on our Attention Era Media Facebook page last year when we posted this video and asked if people liked their idea:

A large feminist group began saying we supported misogyny and tying women up for commercial purposes.  It wasted a ton of time and hurt our new brand.

People like to hear themselves talk on social media, especially if there’s an ignorant mob that agrees with them.

I know people that work for Applebee’s.  This is not amusing.

This is not entertainment.  Don’t kid yourself. Idiots hate Applebee’s and they’ll hate you too.

That’s why we need to stick together.

Warrior Down: Steve Jobs Has Died
5 Reasons Why I Don’t Protect My Tweets Anymore
Your Team is Looking for a Good Fight