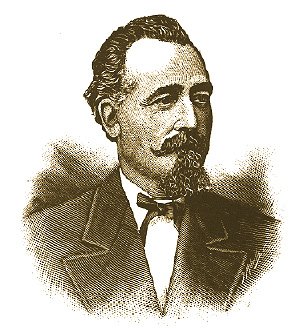 Miller Brewing Company was born in 1855 in Milwaukee, WI to Frederick Miller and his wife. It spent it’s childhood and adult life proudly headquartered in the beautiful lakeside city of Milwaukee, WI. Miller Brewing Company passed away from Milwaukee on July 15th, 2008 due to a merger and relocation. Survivors include Sprecher Brewery, Lakefront Brewery, and Stonefly Brewery. Miller is preceded in death by the Schlitz, Pabst, and Blatz breweries.

Ok, I have to admit, I’m a bit unhappy at the moment. It could have something to do with my hometown business pride, or the fact that I feel really sheepish about using Miller Brewing Co. as a point of pride this morning when I declared that Milwaukee was officially back…and then this is announced.

I regret to inform you that Miller Brewing and it’s new partner Coors will be headquartered in Chicago, not Milwaukee. (Dramatic Pause)

This will be the second beer brand to end up in Chicago after Pabst moved from Milwaukee to Texas and then to finally to Chicago last year. Yes, I know that Chicagoland residents drink 40% of the beer produced by the Milwaukee Miller brewery, but this is just crazy.

I have told friends and family since the merger that if they move the headquarters out of Milwaukee, then I won’t be drinking their beer anytime soon. Sadly, I will now be keeping that pledge, and I invite you to join me.

For hometown headquartered beer, we’ve got several other fun options:

One of my favorites, brewed by beer genius Randy Sprecher…
http://www.sprecherbrewery.com/beers.php

A bunch of fun people and real Milwaukee beer…
http://www.lakefrontbrewery.com/main_page.html

If you haven’t had the tours at either location, you might want to check them out. They are a riot.

As for MillerCoors, I’m definately disappointed. Yes, Chicago and Milwaukee are generally considered one big megalopolis, but then why not just stay in the Brew City, the home of Miller Park, the Miller Brewery, Miller Valley, and one of the only cities that isn’t overrun with Budweiser beer?

If anyone has any thoughts on the matter, please share them with us.

Until then…goodbye Miller! Enjoy your move 90 miles away…it’s been a great run (153 years).

Lay Down with the Dogs, Wake Up with the Fleas
Do You Suffer From “Phantom Tweets?”
Dear Loser…